Informations about this car rental agency 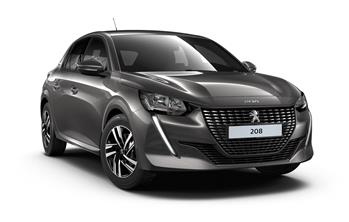 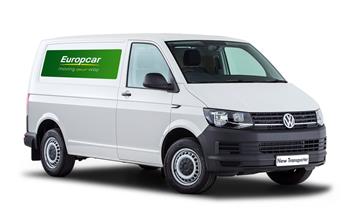 Its strenghts : Handling ability. All-purpose height. 3 seats in the front.

See all our best offers Offer Véhicule Idéal subscription : from -20 to -30% all year round on all vehicles good offers All ours offers and promotions

Advice from your Europcar Atlantique agency

Nantes Route de Paris, at the heart of national and international events

Located to the north-east of the City of the Dukes of Brittany, the road to Paris makes it possible in particular to reach the Jules Verne, Nantes Erdre and La Noë Blanche districts but also the ring road at the Porte de Carquefou.

This area of ​​Nantes is well known to football fans since it is home to the Beaujoire - Louis Fonteneau stadium used in particular for FC Nantes matches. The Canaries Club, founded in 1943 by Marcel Saupin, is renowned for having one of the finest achievements in French football, with 8 French league titles and three French cups.
In addition to international sporting events (European football championship, Rugby World Cup), the Beaujoire stadium also hosts large-scale musical events such as concerts by Genesis, Johnny Hallyday and U2.

An event for each of your desires

Opposite the stadium, the Parc des Expositions Exponantes annually receives or organizes more than 85 large-scale events: trade fairs and general public, congresses, conventions and corporate events, shows and sporting gatherings. The Salon Européen des Pêches en Mer, Les Floralies Internationales de Nantes, the National Congress of Lawyers and the International Fair of Nantes are, for example, among the benchmark fairs organized there.

Fans of shopping, for their part, will enjoy strolling through the 65 shops of the Paridis shopping center.

For all these activities and your private and professional trips, consider renting cars and utilities Europcar Atlantique.

How much does a car rental cost on average in the Europcar Nantes Route de Paris agency ?

A rental car in Nantes Route de Paris costs on average 44€ per day.

Can I rent a specific vehicle model?

How many Europcar rental agencies are in Nantes?

6 rental agencies are at your disposal in Nantes, in Route de Paris, in the railway station, in the city centre, in the airport, near Orvault and in the neighborhood of Chantenay.

What types of vans do you offer for a move?

Europcar Nantes Route de Paris offers 7 capacities of vans for moving. The most rented vans in our agency are 10m3, 12m3 and 14m3.

What is the most popular range of vehicles in the Europcar Nantes Route de Paris agency ?

How is the Europcar Nantes Route de Paris agency rated?

The Europcar Nantes Route de Paris agency is rated 4.5 on 5 with 112 customer comments.

What are the cancellation conditions?

The amount of the rental will be fully refunded if you cancel more than 48 hours before the rental is due to begin. After that time, you will be charged of 50€ or 100€ (depending on the category of the vehicle).

Should I refuel on my return?

Yes, we recommend that you go to the petrol pump before returning the vehicle. If the vehicle is not full, we will charge you for the missing fuel. You can also pre-purchase a full tank of fuel: whatever the level of the tank on your return, you will not have to pay anything.

Do I need a special license to drive commercial vehicles?

No. All our vans are driven with a simple car license (license B in France).

Is there a deposit when picking up the vehicle?

Yes. A deposit of 500 € will be asked you at the departure. It is just a pre-payment authorisation. It will not be charged.This deposit aims to cover any additional costs during the rental.

What is the telephone number of the Europcar Nantes Route de Paris agency?

What is the address of the Europcar Nantes Route de Paris agency?

I rent frequently. What advantages can I benefit from?

The Europcar Nantes Route de Paris agency offers a loyalty offer called “Véhicule Idéal” which allows you to benefit from a reduction of -20% to -30% on public prices. This offer is available from 25 rental days per year.